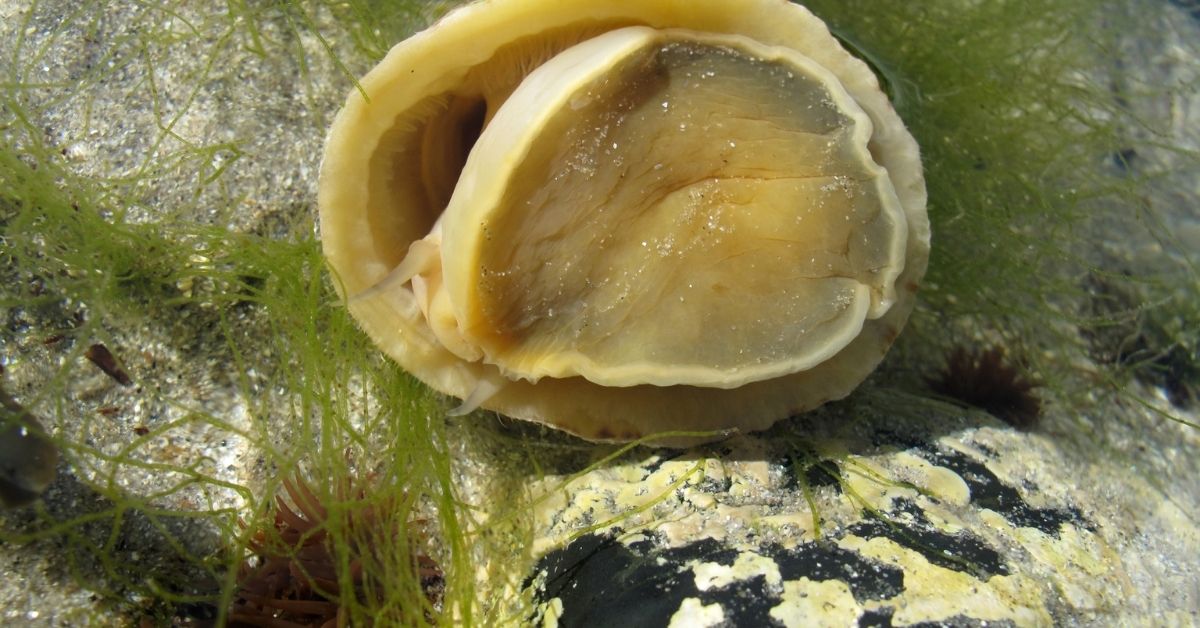 When keeping a freshwater tank, sometimes it’s a good idea to have a few snails.  They can help remove algae and act as a sort of eco-cleanup crew.  Limpets are one type of freshwater snail that can handle this job.

But sometimes they end up in our tanks by accident because they hide in newly purchased aquatic plants.  When we add these plants to the water, we find we have other creatures growing colonies, and sometimes, they can become something of an unwanted invasion.

What are freshwater limpets?

Freshwater limpets are very miniscule invertebrate snails that come from the family of mollusks.  These are not related to marine limpets that live in saltwater, although they take on similar characteristics.  This lineage of coiled aquatic snails lives throughout Europe and in the Pacific drainages of North America.

They do have a worldwide distribution, as is the case in Bermuda, where they are an endemic and an endangered species.  They often live in still ponds and lakes as well as slow-moving streams, rivers, and creeks.  Limpets do not find bodies of water with a strong or turbulent current a desirable habitat.

These are part of a class of Gastropods and are pulmonate and polyphyletic.  This means that limpets are independent descendants of various ancestors.  The freshwater limpets breathe air as well as live in water.

All limpets have a conical shape to their shells, also called a patelliform (or disk-shaped), with a very strong and muscular foot.  Their oval shells have concentric lines on the surface and a few radial lines strewn throughout.  They range in size from two millimeters to 60 millimeters.

This small stature doesn’t change much when they develop from juveniles into mature adults, so they don’t undergo any dramatic metamorphoses once they enter the world from birth.  The only difference is that the shell coil isn’t as pronounced in juveniles as it is in adults.

Their bodies comprise four separate, but not distinct, sections:  foot, visceral mass, mantle, and head.  A pair of tentacles rests atop the head with beady eyes and a near-invisible mouth.  Inside the mouth is a ribbon-like tongue structure, called a radula, with many tiny teeth.  The radula drags onto substrate and draws back to the mouth.

The shell protects the largest part of a limpet’s body, or visceral mass, where all the organs sit.  This delicate body comprises the mantle, which is a layer of very soft, vulnerable tissue.  The mantle secretes the material necessary for proper shell development.

They have a lung encased in a cavity along with a false gill that allows them to both survive underwater and breathe air, which they can get from being out of water or from the water itself.

What’s interesting about this lung-like organ is that it actually stores oxygen for a long period of time.  This allows for a slow release into the body through tissue.  So, once in and while they will float to the surface to replenish their air supply.

Are There Any Fully Aquatic Freshwater Crabs?

Also, there is one species of freshwater limpet in New Zealand, called Latia, that has bioluminescence.  It glows underwater and shoots illuminated mucus at oncoming predators as a means of protection.

What do freshwater limpets do?

Because of their strong muscular foot, they cling on to substrate, rocks and other solid objects.  This gives them the ability to be an amazing clinger and slider.  It is an adherence that allows them to spread their weight across fine sediment.  A limpet can slide across the surface on a thin layer of mucus, which comes out of the underside of its foot.

They are also prolific hermaphroditic breeders, with an ability to produce several generations within a year.  When food is various and plentiful, along with the right water conditions, they can end up invading a home aquarium.

But the most interesting thing about limpets is their homing capabilities in the wild.  Just before the tide recedes, they can return to the same spot on their home rock, called a “home scar.”  Wherever this home scar is, their shells will take on similar contours and coloring as the rock.

Researchers theorize this allows them to claim territory of the rock and helps protect them from rough waters and predators.  They don’t know how limpets are able to find their way back to their home scars but it may involve the mucus secretions from the foot, which contain pheromones.

What kind of food do freshwater limpets?

They are shredders, gatherers, and scrapers of algae, detritus, and other pieces of plant material.  They will, sometimes, swallow smaller creatures if they get in the way of a meal.  But they often graze on algae from the rocks and surfaces around their home scar.

Are there any natural predators of freshwater limpets?

There are some species of fish that will dine on freshwater limpets, like crayfish and some types of sunfish.  But, not all snail eaters will consume them.  Many keepers report that snail assassins and betta fish won’t bother with them.  You can try to introduce loaches or cichlids, but again, aquarists have mixed results with additional problems.

Limpets in freshwater aquarium, are they harmful?

Limpets are often not harmful in a freshwater tank.  Their feasting on algae allows for other organisms to grow and helps control water conditions in an aquarium.  They’re often peaceful with most other tank mates.  But are a couple of undesirable issues.

The most notable issues are lung and blood flukes, parasites that readily invade limpet shells.  These parasites can create problems with water quality and cause other living creatures in the tank to get, at the least, very sick.

Also, they can be very territorial of their home scar and some species are will be aggressive with any other fish or invertebrate that invades their space.  Limpets will eat other invertebrates if they get in the way.